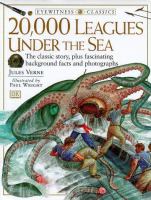 Ron Miller has worked as a freelance writer and illustrator for more than 30 years. He has written short stories, nonfiction works, novels, and created a comic book. His illustrations have appeared in magazines such as Astronomy and Scientific American. He has also worked on motion pictures and created postage stamps. (Bowker Author Biography)

Jules Verne was born on February 8, 1828 in Nantes, France. He wrote for the theater and worked briefly as a stockbroker. He is considered by many to be the father of science fiction. His most popular novels included Journey to the Center of the Earth, Twenty Thousand Leagues Under the Sea, and Around the World in Eighty Days. Several of his works have been adapted into movies and TV mini-series. In 1892, he was made a Chevalier of the Legion of Honor in France. He died on March 24, 1905 at the age of 77. (Bowker Author Biography) Jules Verne (1828-1905) is the author of numerous adventure stories grounded in popularizations of science. (Publisher Provided)